The 40k Hibernation and My Other Gaming News

Hello all, welcome back to What To Play.

Spring has sprung (though you wouldn't know it here in chilly Wisconsin with reports of freezing rain scheduled for tonight) and that means it's time to pack up anything which isn't being used.  Sadly, that means my Warhammer 40k is about to get the box treatment.

This is both comforting and bittersweet for me.  I have enjoyed my time playing the game and building various models for it, but this hiatus from it has been a long time coming.  I do plan to keep a couple models close by just in case someone in my group gets the itch again.  We shall see! 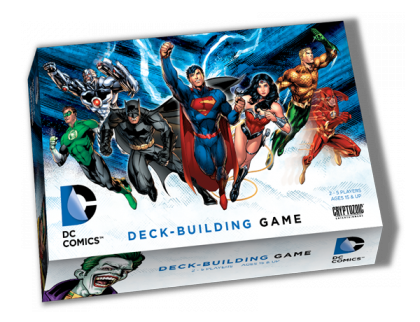 Over the weekend I was able to play some fantastic games.  The first was the DC Comics Deckbuilding Game.  The set-up is fairly simple and the game's strategies become apparent very quickly early on.  The theme seems a little tacked on as there really is no connection between quite a few of the games cards and the abilities they possess.  Players can experience huge swings of good or bad luck in the game, though.  This can be extremely frustrating, especially if it is the player's first time playing the game.  Despite this, the game is fun and tends to be a fast play. 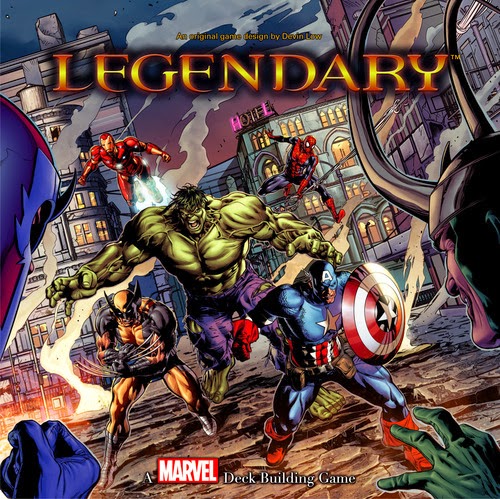 The next game was Legendary: The Marvel Deckbuilding Game, a game for 1 to 5 players.  Noticing a pattern?  I love this game and was able to get tons of plays in over the weekend, having just completed collecting all the expansions.  Where the DC Deckbuilder is competitive, the Marvel game is a cooperative game where you work together to defeat the mastermind. 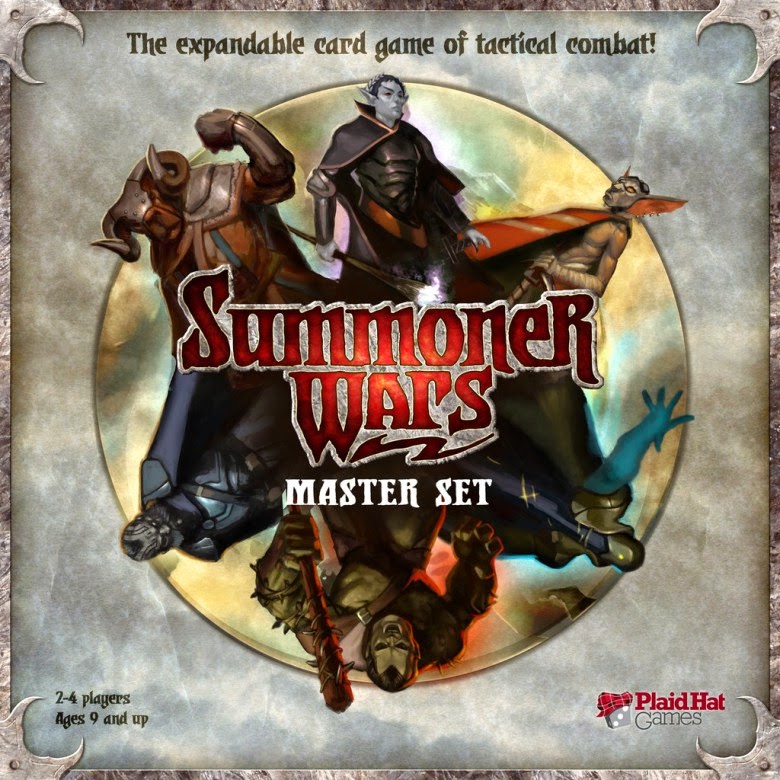 The next game was Summoner Wars.  This is a 2 to 4 player game (but really, 2) where you go head to head with your opponent, summoning creatures to spaces on a board and playing tactic cards.  Each army is limited in movement and attacks, creating an interesting balance mechanism which allows the game to swing back and forth in regards to who is in the lead.  Since the goal of the game is to kill the opponent's summoner and that character tends to be the most powerful character, it's a double edged sword and hard to decide if you want that character to be kept safe or enter the battle. 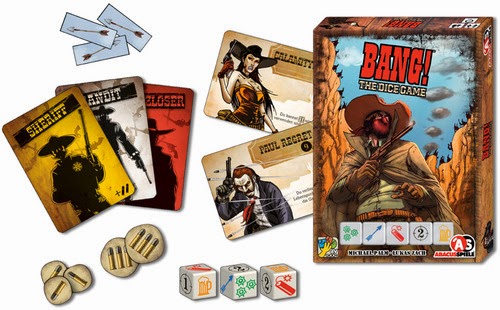 When more people showed up, we decided to play Bang! The Dice Game.  A game for 3-8 players, everyone has a hidden role belonging to 1 of 4 groups, the sheriff, the deputy, the outlaws, and the renegade.  These groups have different goals and try to figure out who is on their side while avoiding arrows and bullets from neighbors. 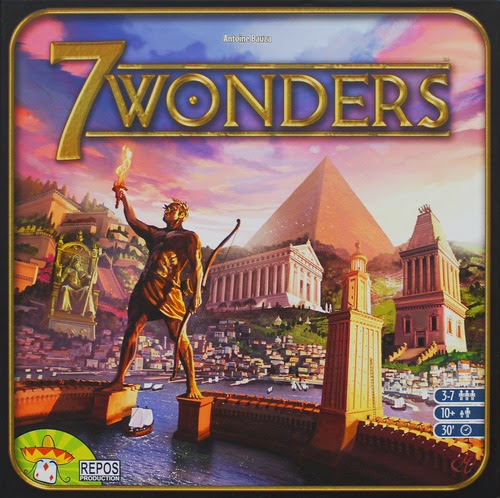 Finally, we played two games of 7 Wonders.  This card drafting game for 3 to 7 players plays in about 30 minutes and is really easy to learn.  Each player has a location board and attempts to draft cards which will gain them points or create resources to gain points.  All in all a great experience.

Well, that's it for today.  Sorry there aren't any gameplay pictures, I forgot my camera at home (a frustrating habit I need to break).  Hopefully this weekend I remember to bring it with me and can share some game play pictures with you fine folks.  Till next time, happy gaming!
Posted by Krisken at 3:17 PM

Email ThisBlogThis!Share to TwitterShare to FacebookShare to Pinterest
Labels: Board Games

Podcasts I Enjoy (Some contain explicit lyrics- BE WARNED!)